Bending is an operation that can be found in nearly all sheet metal workshops. In the part manufacturing workflow, it represents a major challenge in terms of dimensional tolerance respect and cost optimization. Furthermore it is quite often the bottleneck of the plant. The use of Almacam Bend software to program CNC press brakes significantly increases the productivity of these machines, speeds up production and eliminates costly programming errors.

Bending, which applies to sheets from 1- to more than 20 mm-thick, is a cold forming operation of flat sheets by permanent deformation. The sheet is first positioned over a die (or V block), fixed on previously positioned back gauges; then a force is applied to the piece of sheet metal with a matching punch. The required strain to obtain the desired fold depends on the sheet metal elastic limit, the sheet thickness, the fold length and direction.

There are different types of bending methods:

Press brakes can be connected to a robot to automate the part bending process (with no human operator). The use of these machines is very dependent on the types of parts to manufacture as well as the quantity of part units to produce. 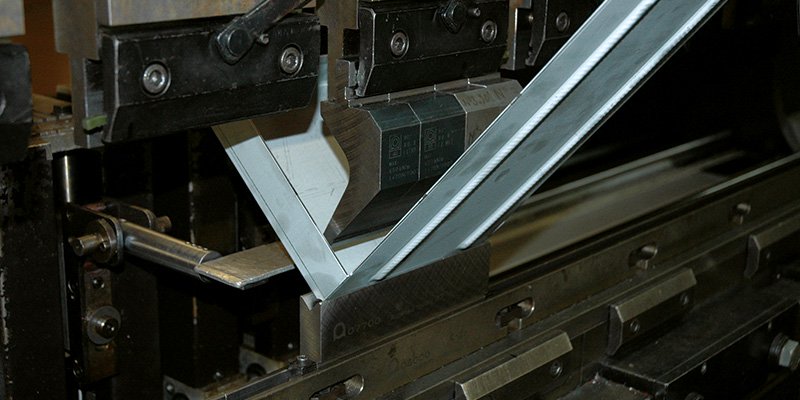 The Almacam Bend software product can simulate the complete bending process and remotely program the leading brands of CNC press brakes in a highly automated way.

A programming software for improving the press brake productivity